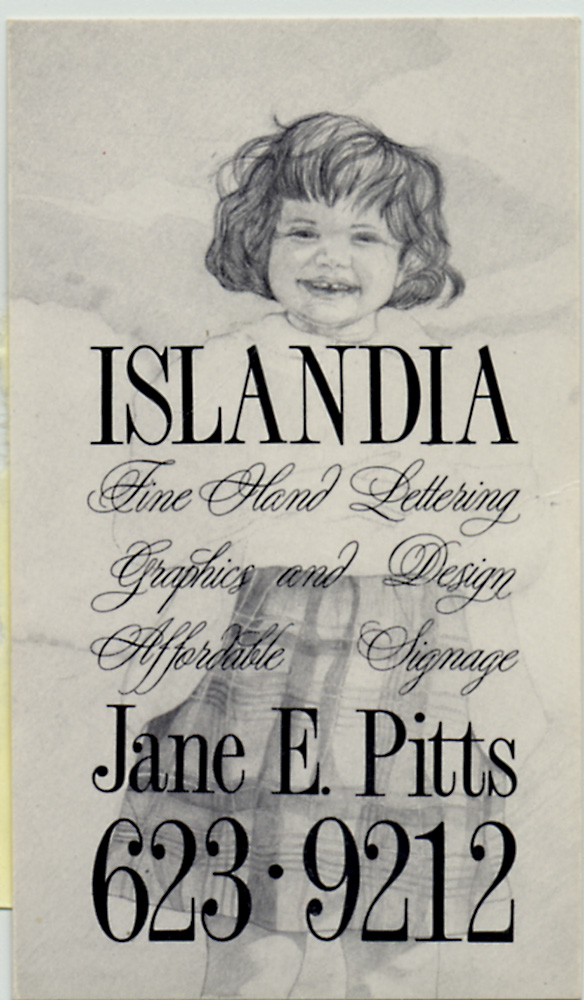 This was probably my fourth Islandia business card (the first in ‘79), and I drew from an old family photo at about 12” x 16” on paper (no projector or tracing used), shot it down and then hand-set the presstype, one character at a time, for the text.
The name Islandia is from an evidently-obscure utopia masterpiece by Austin Tappan Wright, published posthumously in the early 20’s. I first read it at 15 and thought it a nicer place to live, thus the name. 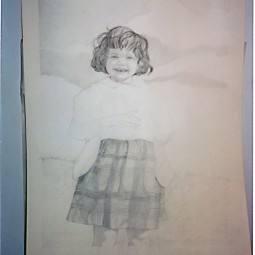 Here is the original pencil drawing. 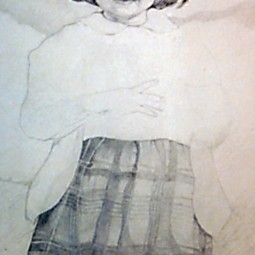 Here is the drawing shot down to size (about 9” x 4”) before the presstype copy was added, one character at a time, on a tissue overlay.