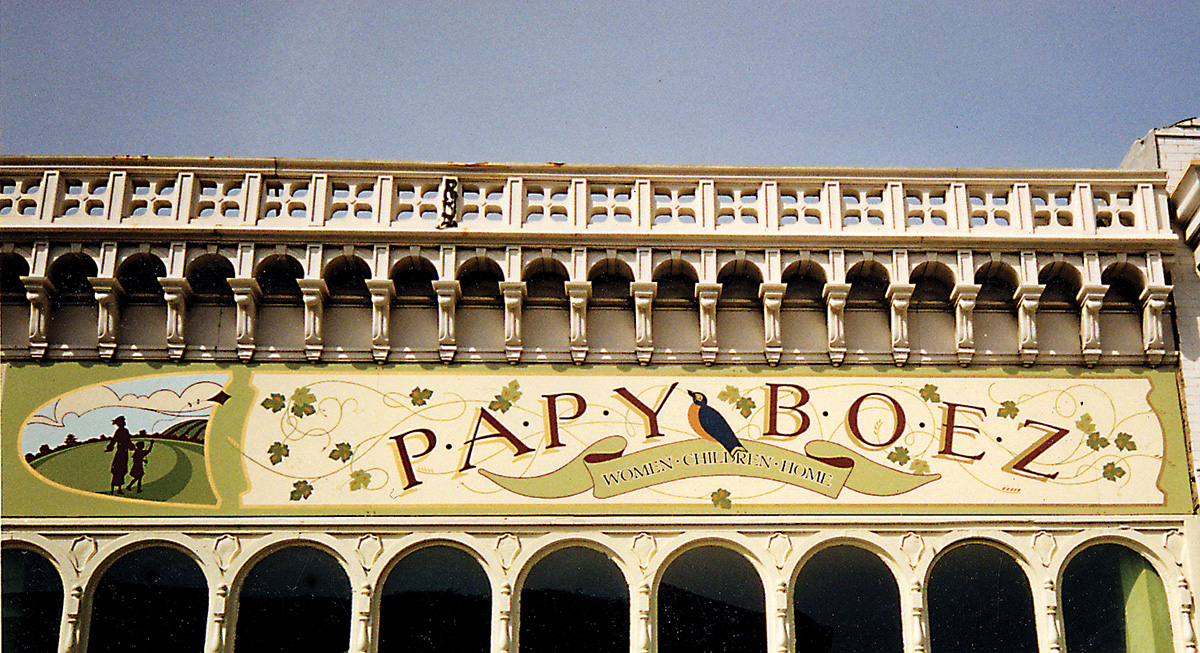 I first sold this design as an inked logo (one of two) and then made the large sign, always keeping in mind the spectacular building ornament. I used a fair amount of gold lettering enamel that imparted a lovely gleam.

I also installed it, with a helper and two extension ladders.

This client I met by popping my biz card through the mail-slot of the on-going buildout. I saw lovely hand-worked textiles in the windows and wanted to know more! We started with logo design and hand-inked graphics and then a ton of signage, then I offered a textile and embellishment sample-sourcing service, then I became an embellishment designer (as I could both embroider and source), then clothing designer (as I was trained by a French seamstress who worked for Patou), all for this label, based in India via Berkeley. I also built 2 in-store boutiques, offering vintage and designer re-sale at wholesale (my first order was for 1,000 pieces!) Quite glorious, really, but I Do Not Like Big Cities, and am much happier now.

But had I not popped that card through that mail slot, none of it would have ever happened. 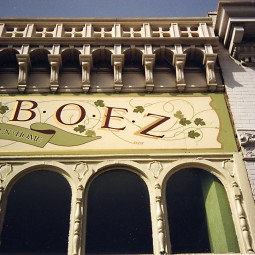 A detail of the sign, showing several of the seams.